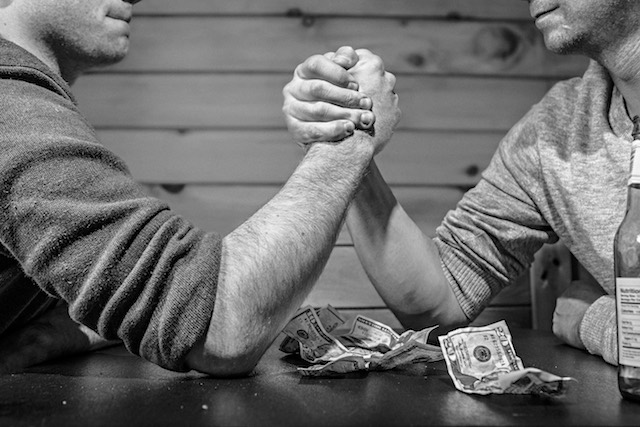 Feuds among co-founders are the leading cause of early startup death (lack of traction is a close second). Sometimes the startup survives, the skeletons of disgraced co-founders are buried, and all the public hears is another great success story. Until the real story surfaces years later, in all its glorious details, through the excruciating record of a lawsuit.

Do you know the backstory of those famous startups? They are more captivating than a lot of fiction people actually pay for.

uBeam: when one founder takes care of the paperwork…

uBeam raised $23M from Mark Cuban, Marissa Mayer, Tony Hsieh, Mark Suster and many more Silicon Valley celebrities. Apart from their technology possibly being bogus, the original founders didn’t quite agree on how to split equity.

Hint: when you let the other co-founder take care of the paperwork, stuff happens…

Legal documents are here and here.

You can read the backstory here and here.

No need to present Snapchat. But how much is that idea worth? What is the right thing to do if what started as three buddies brainstorming ideas turns into a multi-billion dollar company? Do you keep the third dude around or kick him out? And if so, how much is it going to cost you?

Reggie Brown had to sue.

You can read the backstory on BusinessInsider here.

Getting acquired for $1 billion within two years of starting your company is bound to make some people jealous. Especially the co-founder you may or may never have had. His name: Jeremy Guillory.

Hint: do no write down that you are splitting your company 50/50 if you don’t actually mean it.

Minecraft: if you think talking money is dirty, you may spend the rest of your life thinking about money

The author of Minecraft was looking for someone to write the end poem for the game. He finds Julian, who did a great job, but wasn’t comfortable agreeing to business terms on what was fair for his contribution (he did get paid 20.000 euros for it at the time).  When Minecraft later gets acquired for billions of dollars, Julian has mixed feelings about the missed opportunity, likely psychologically scarred for years.

Resolution: Julian open sources the poem and writes a long explanation of his feelings here.