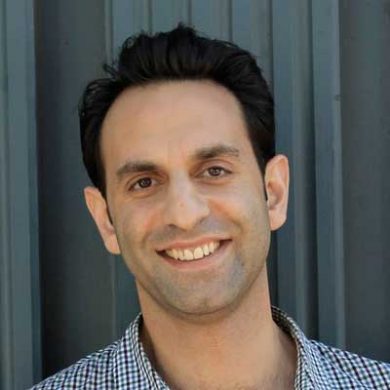 Co-Founder and Board Member, Chariot

Ali Vahabzadeh started his career in investment banking, ultimately serving as a Vi­ce President of Equity Derivatives for Banc of America Securities in New York and London over nine years. He moved to San Francisco in 2010 to head up a real estate tech startup that was the first to develop an algorithm that ranked and referred real estate agents based on their statistical performance in the marketplace.

In 2014, inspired by successful, informal mass transit he experienced throughout the world, Vahabzadeh founded Chariot (chariot.com) in San Francisco. Chariot is a VC­ and Y Combinator­ funded startup that invites the public and enterprises to crowdsource new commuter routes then launches a twice-­daily service when a critical mass of riders between neighborhoods want a faster and more reliable commute. The company uses 14­-passenger vans and employee drivers to provide its app­based service now used by tens of thousands of commuters daily. In 2016, Chariot sold to Ford Smart Mobility, becoming Ford’s first mobility acquisition and the cornerstone of its mobility strategy, specifically “Microtransit”.

Over the next 18 months, Chariot expanded to six cities including New York and London. Mr. Vahabzadeh stepped down as CEO in February 2018 after successfully pivoting Chariot’s strategy from consumer (B2C) to an enterprise­led go­to­market strategy that now serves companies, hospitals, universities and several cities as its primary customers. He regularly consults the company, remains on Chariot’s Board of Directors and is currently exploring launching a new venture in mobility services.

Mr. Vahabzadeh graduated with honors with a B.A. in Economics from Vanderbilt University and lives full time in San Francisco.