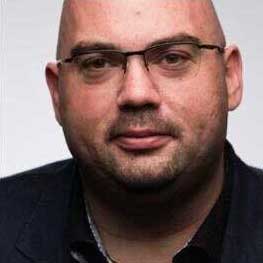 As iCEO, co-founder and member of the board of directors for Ripcord, Alex Fielding is responsible for the leadership, vision and execution of the company. Fielding started his career as an engineer at Cisco Systems and Apple, where he worked on multiple generations of MacOS, PowerBook, Network Server and was part of the first iMac team. Shortly after departing Apple, he worked at Exodus Communications with Ellen Hancock, Exodus’ CEO who was Apple’s former CTO. He co-founded Wheels of Zeus with Apple’s co-founder Steve Wozniak in 2001, which was sold to Zontrak in 2006. Alex was Chief Technology Officer, Federal Government at Power Assure and then Vice President at Vigilent before starting Ripcord. Alex sits on the Board of Directors of The Institute for the Study of Knowledge Management in Education (ISKME), is a Board Member of the Code Warrior Foundation and is a founding member of Singularity University. He is an Orange Telecom mentor in their Mentor Fab startup accelerator and an Advisor to Astra Space.